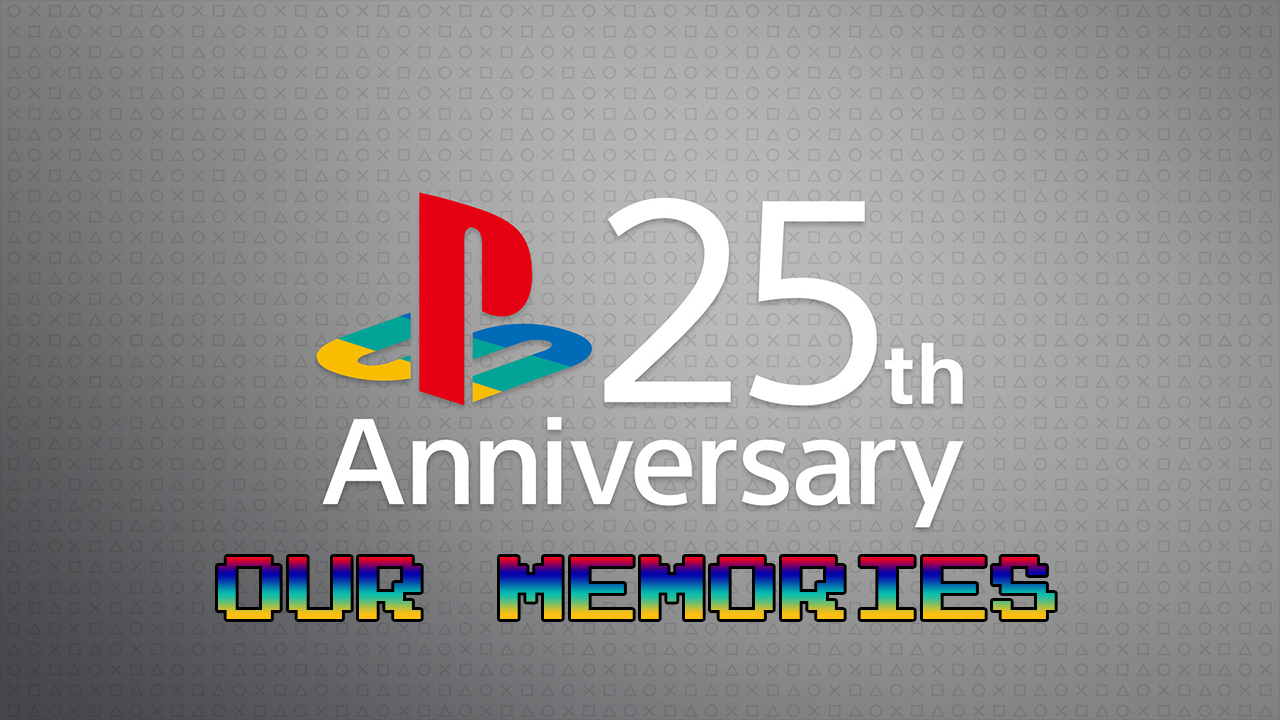 25 years ago, on December 3rd, 1994, Sony launched the PlayStation. The console originally began as an expansion peripheral for the Super Nintendo Entertainment System (SNES) so Nintendo could reap the benefits of optical media. However, negotiations fell apart after Nintendo felt that the contracts drawn unfairly favoured Sony. The two companies went their separate ways and the PlayStation eventually evolved into its own console – one that would revolutionize gaming.

It wasn’t just the amazing hardware that would propel gaming into the third dimension, the PS1 (also known as the PS and PSX) would feature some of the most exciting exclusive titles in gaming history, such Crash Bandicoot, Gran Turismo, TEKKEN, Metal Gear Solid, and Final Fantasy VII. With later consoles we would see iconic franchises such as God of War, Uncharted, the Last of Us, and more. Sony would also be the first console manufacturer to embrace blu-ray discs, dual analog stick controllers and even virtual reality. It’s a certainty that even greater accomplishments lie in their future.

I’m not the only one to get misty-eyed and nostalgic over PlayStation’s 25th anniversary, so I reached out to personalities in the Australian video game industry so we could share our memories in this special feature. Enjoy!

Editor’s note: If you would like to learn more about this article’s contributors, links are provided on their profiles below!

My earliest memories of PlayStation are from my Uncle and his then-missus’ flat where they had Magic Carpet, Die Hard Trilogy, Medieval, and a few others.

I had no idea how to play any of the games, except Die Hard. But you know, YOLO.

We later got a PSX of our own, and Mum bought a few games. The games I played the most in our own console was Tony Hawk’s Pro Skater 2, Driver, WWF Smackdown! 2, Croc, and Spyro. We had a few obscure games, and my friend imported a copy of a Dragonball Z game in Japanese.

“Hey, Zee, where did your love for gaming begin?” Well!

Although I played the many other consoles and handhelds before it, PlayStation 1 was the one that really resonated with me. It was likely a culmination of my age at the time and obviously the huge catalogue of game titles/genres available.

I’ll never forget the day my Dad came home with the console and a crate full of games for us all to play. My love for storytelling, immersion and a general escape from reality came with titles such as Suikoden 1&2 (my favourite games, to date), Final Fantasy 7-9, Tomb Raider and Legend of Dragoon. The love/hate relationship for Horror was born from titles such as Resident Evil 1-3, Silent Hill 1-2, Parasite Eve 1-2 and Dino Crisis 1-2. Games that had the perfect balance of survival horror and an amazing story, too – they don’t make them like that anymore!

Then, of course, the split screen/multiplayer greatness of Tekken 1-3, Ridge Racer, Wipeout, Destruction Derby and Hexen. Games that have since been remastered for re-release – Crash Bandicoot, Spyro and Medieval – I could do this all day! That PlayStation 1 start up sound will forever give me a warm and fuzzy feeling inside. PlayStation have since continuously put out some amazing exclusive titles through all of their consoles and I eagerly await the arrival of the PS5 and titles to follow. <3

Some of my fondest PlayStation memories are from a few years after the console launched. It was the late 90s and I was in high school. One of my favourite things to do was has my friends around for sleepovers of a Friday night. Mum would take us to the local shops to pick up some pizza, and to the video store to rent some games for the weekend ahead. We tried out dozens of games in this fashion, some we barely spent more than a few minutes looking at, yet some resulted in a sleepless night trying to beat it before it had to be returned the next day.

One of these gems was Future Cop: LAPD, a third person action game from 1998 – we couldn’t put it down! The controls were tight, the gameplay was fast and addictive, the graphics were cool, and the multiplayer never got old. I think we rented that one multiple weekends in a row, that’s how much fun it was! The pizza was hot, the smack-talk was relentless, and the PlayStation was always on, giving us weekends we’ll remember forever.

I got my first PlayStation when I was about 8 years old and was automatically enthralled with it. My Uncle had given us his PS1 because he didn’t play anymore. My sister and I spent so many late nights playing Tony Hawk Pro Skater, Crash Bandicoot, and Oddworld: Abe’s Oddysee. We had a pretty rough childhood so it was the escape we always needed. From that moment I knew I was a Playstation kid – PlayStation could help me through the tough times.

My fondest memories include sitting in my living room with 10 of my friends playing through Silent Hill because we were all too scared to play at home alone by ourselves. Never thought a gaming console could really give me such amazing memories but PlayStation certainly has, all 25 years of it!

As for me, I remember my dad coming home with a PlayStation at launch. We quickly picked up early titles such as Battle Arena Toshinden, Loaded, Twisted Metal, Tomb Raider and Rayman. I fell in love with 3D games, but also with 2D games that also benefited from the CD-ROM format such as Alundra, Suikoden, and Final Fantasy Tactics.

We hoarded demo discs, discovering mind-blowing future titles such as Nightmare Creatures, Parasite Eve and Dino Crisis. I can still vividly remember the terrifying T-Rex demo that came with some of the earlier PlayStation consoles (that thing could’ve given kids nightmares).

Later, I would forge a burning rivalry with my brother Ben across titles such as Street Fighter Alpha and Mortal Kombat 4, though we would both fall in love with watching each other play RPGs. PlayStation would also feature a number of Japanese games that were mature (in stark comparison to Nintendo’s offerings) such as Tenchu: Stealth Assassins. To this day, I still long for another Tenchu, or at least another game that features ninja!

Fast forward to 2018, and PlayStation is a juggernaut of console gaming. The PS4 has sold over 102 million consoles, and the highly-anticipated PS5 is rumoured to be released in just under a year from now. The future looks bright and it can’t come soon enough. Congratulations on 25 years of PlayStation, Sony!