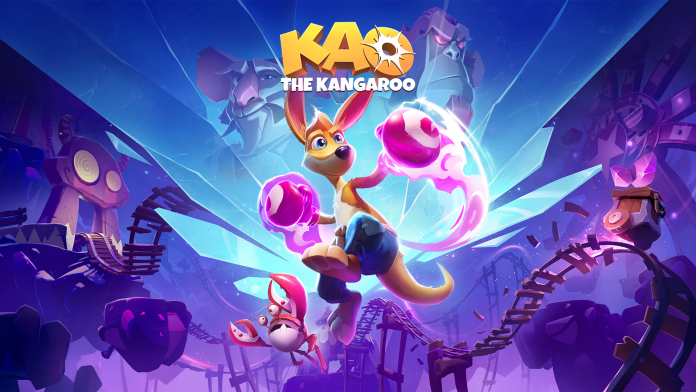 The classic 3D platformer era is making a triumphant comeback, in the form of remasters/remakes, games inspired by the classics, as well as all new adventures in dormant franchises. An upcoming title firmly in the latter, is Kao the Kangaroo. Make no mistakes, though, this isn’t a quick remaster, this is a brand new, fully realized 3D platformer for the modern age. I’ve been playing a preview build of the game, and here are my thoughts.

The Original Platformer Underdog (or is that underoo?)

The original Kao the Kangaroo games came out when I was in highschool, as well as during a time when I worked in games retail. I’m not going to mince words, I always saw the earlier Kao games as lower quality. The artwork was subpar for the time, and gameplay looked like a shallow attempt to mimic higher quality, more successful titles that came before it – where I worked, they made their debut in the bargain bin.

Despite other games already doing what Kao does better, the game went on to earn a fanbase of its own, receiving sequels across multiple platforms.

A few years back, fans of Kao took to the internet in droves, asking for Tate Multimedia to re-release classic Kao games, keeping their fingers crossed for a brand new entry in the franchise…

“Back, and Better Than Ever” Is an Understatement

If you watched the video above, you’ve seen Kao’s journey from his humble beginnings to his upcoming 2022 comeback. While the direct visual comparisons are there so players can ascertain the evolution of Kao, there really is something special that comes from playing Kao 2022 itself. Yes, the game looks better (I would even say gorgeous), and animations have been improved, but level design, the feel of the game itself, has dramatically improved. Tate Multimedia have grown, and Kao 2022 feels very emblematic of this. Dare I say it, this is an evorootion.

Gloves-on with the Preview Build

Immediately noticeable from the beginning of Kao 2022’s demo, is how much more atmospheric the game is than previous entries in the series. There’s more depth and contrast to the visuals. Environments are more detailed, but the game also sports a more realized visual design. Kao himself, has a very cute design, with animations that suit his plucky and determined demeanour.

Voice acting is decent, but if I’m being honest, it is bizarre that Kao himself doesn’t have an Australian accent. Sure, there are no hard and fast rules with character design, but as an Australian myself, it would have been nice. Someone like Ryan Kwanten would have no doubt both accepted and nailed the role, especially as he has experience with animated movies like Blinky Bill.

Exploring the game’s levels will come natural to anyone experienced with platformers, or indeed any other games. Controls are intuitive, with tutorials and Kao’s koala mentor guiding him. The level itself also guides Kao along, sporting a design that is big, but isn’t too big. In my youth I struggled with some levels in games like Banjo Kazooie as they seemed too large for me. Kao 2022 strikes a balance between the almost massive worlds of Banjo Kazooie and the more linear design of Crash Bandicoot.

As Kao makes his way through levels, he will box enemies (as any self-respecting kangaroo would) navigate challenging platforming moments and solve a variety of puzzles. The game has a great pace and feels both accessible and engaging.

Combat feels responsive, with slow motion moments that help players capitalize on enemies’ weaknesses, and just look cool as heck. Platforming too, proves to be snappy and responsive. While I faltered from time to time with the preview build, I only had myself to blame.

Don’t call it a comeback, as so far, this looks to be a true evolution for Kao the Kangaroo. Kao 2022 so far, retains the charm of the series, while also giving it an unprecedented amount of polish. It’ll be interesting to see if there will be brand new features added to the game, or if it’ll rely on its strengths to delight long-time fans and win over new ones. In the past I have overlooked Kao games, but Kao 2022 is winning me over – bring on the full release!