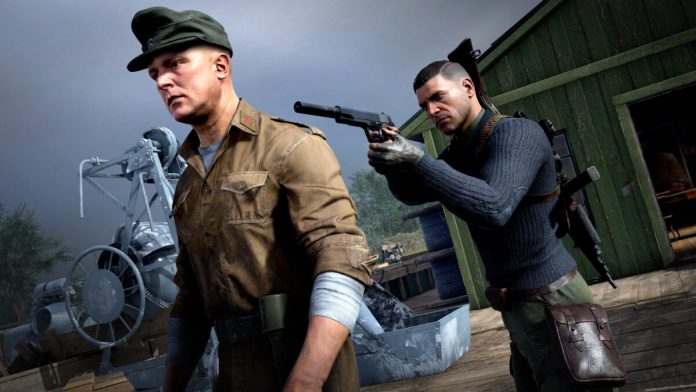 I always put my hand up to product too much content, whether its the tremendous honour of being asked to film a let’s play that will be featured on the front page of Steam for a devleoper, a video review, livestream, or a good ol’ written feature. I’d love to cover everything, but at present, Nickbait.com is just me, myself, and I, and there isn’t enough time to cover all the games.

I made the decision to not review ‘Sniper Elite 5’ at the time of its release. The game did however, launch as part of Xbox Game Pass on day one, so I decided to install it and give it a go, without the pressure of a deadline.

Because of my interest in the series waining, I had made the mistake of thinking I had experienced the best of the series and that it might be time for Karl Fairburne to retire. No disrespect intended, but it felt as though the series was going to shock me with refining its gameplay or visuals, or offering new gameplay. Thank the gamer gods for Xbox Game Pass, Rebellion Developments, and for how I was so wrong.

Sniper Elite 5 sees players once again step into the shows of Karl Fairburne, elite American sniper for the Allied forces. Set in France, it allows players to see a different side of WWII than we’ve seen in previous SE games, with missions taking place on beaches, munitions factories, mountain towns, weapons laboratories, destroyed cities, and more.

Gameplay is similar to past titles, with players being able to sneak around, spot enemies, engage in close-quarters combat as well as from a distance with a variety of weapons. They’ll also encounter weapon benches to upgrade and customize their weapons to their liking, either going all-in on their weapons strengths, countering their weaknesses, or simply screwing on a silencer to make less noise.

And silencers don’t function anything like they do in other games. More importantly, Sniper Elite depicts stealth and gunfire more realistically, with silencers limiting the audible range of your weapon, but not making it completely silent. Depending on your selected difficulty, bullet trajectories are affected by a number of factors including barrel length, distance from your target, elevation, wind, and more. You’re also able to enjoy the game at a cruisy pace with no bullet drop, which seems to be the most popular option I’ve witnessed when I invade another player’s game.

Which, is by far one of the most fun I’ve had in a video game, period. The all-new Axis Invasion mode allows players to invade another player’s (or players’) campaign as a Nazi sniper and try to take them out. If we’re being completely honest, you’re able to stalk, troll and annoy other players to your heart’s content. The game plays pretty fairly, but the advantage goes to the campaign player that you’re invading, who can resupply, pinpoint your location earlier, and simply has to complete their objectives and extract to complete their mission.

Every single aspect of the series has been improved upon, as well. SE 3 & 4 felt identical to me, so I wrongfully assumed by the time 5 came out, it would look the same too. Not so, as the game looks, sounds, and plays better than previous iterations, with some mechanics such as the X-ray kills being vastly improved.

While I’ve seen other players absolutely blitzing their way through the game’s campaign, but I prefer to explore, experiment, and methodically complete my objectives. I’m yet to finish the campaign, as I really am enjoying it so much. You can cause mayhem, like carrying a panzerfaust rocket launcher with you throughout an entire level, just to assassinate a high-ranking nazi officer by blowing him up, and off a cliff into the vast nothingness below. You can shoot precarious-hanging supply crates from pullies overhead, deatch gargoyles from walls, or opt for more explosive measures.

I thought Karl Fairburne should retire and hang up his rifle. Then, thanks to Xbox Game Pass, I found my new favourite game – one I hope receives worthy sequels. Here’s hoping for a 4-player co-op mode and a 2-player Axis Invasion mode. We’ve got plenty more bullets with names on them.