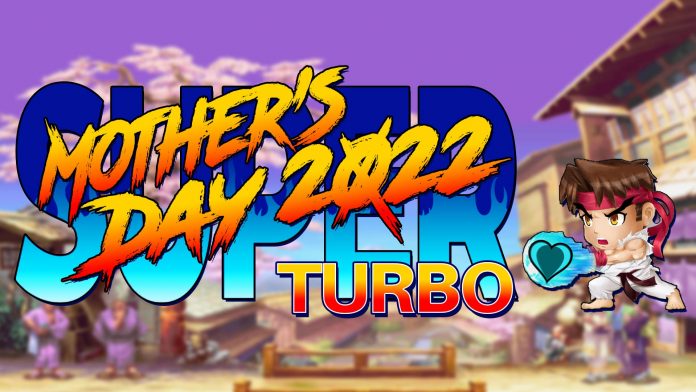 Mother’s Day is fast approaching, with content creators, sites and bloggers all putting together their annual guides. In years past, I have abstained from annual gift guides – both from a lack of time and an unhealthy amount of cynicism. Fatherhood, time and maturity have all mellowed me recently, and to be honest, I want to throw together an honest and earnest guide.

This ain’t your typical Gift Guide, however, so strap yourselves in, and feel the love from Super Mother’s Day 2022: Turbo Gift Guide!

I’m fortunate to say that my house has an “Xbox per person” policy, and if you’re in a position to do so, you should too. There’s nothing better than taking down Aaron Keener in Tom Clancy’s The Division 2 as a family, or squadding up together in Call of Duty. If you’re satisfied with the amount of Xboxes you own, perhaps you might consider…

PowerA have a history of making exceptional third-party controllers, available with a number of features and in different colours. This year, I picked up the Pink Lemonade controller for my partner, which sports a gorgeous pink-to-yellow gradient. It’s my hope, nay, my dream that my partner embraces and masters the extra rear buttons. Nothing ups your competitive game like being able to reload with both your fingers still able to use both analog sticks!

Games are getting bigger, and if you have an Xbox Series S or X, you’re looking at almost double the storage taken up by certain games. Prioritizing which games stay and which bite the dust is a pain, which can be mitigated with more storage. Thanks to the current generation embracing extra storage, you’ll be able to transfer games between your storage devices, eliminating the need for re-downloading games for hours. I myself have recently shuffled Destiny 2 back on to my SSD, as well as Grand Theft Auto V.

For me, there’s no better hard drive option than the Seagate Game Drive Portable 4TB HDD. It’s a good balance between space and price – and it also sports a nifty green light strip along the front.

Mum’s can be unpredictable, and while you think grabbing her a random game might be a winner, you’re probably better off giving her access to a huge library of games that she can check out at any given time. More and more games keep getting added to Game Pass and while we all know the jokes and memes, it truly is the best value subscription service period. Better than Netflix, in my opinion.

While I’ve already suggested Game Pass, not everything is on it. The recent family-friendly hit, LEGO Star Wars: The Skywalker Saga contains multiple games rebuilt for modern consoles, covering every adventure from the mainline Star Wars movies. If you love LEGO or Star Wars, this is a no-brainer!

The PlayStation 5 is a seriously impressive console, in every single aspect. While Xbox has Game Pass, Sony’s powerhouse has some truly fantastic exclusive games and the best controller of all-time. If you’re a Sony household, here are my recommendations for Mother’s Day gifts!

Are you still sharing that white Dual Shock 5? Get mum one of her own! Recently, a whole range of new colours became available, such as Starlight Blue, Galactic Purple, Cosmic Red, Midnight Black, and Nova Pink. If mum’s a girly girl, or a little alternative, you can’t go wrong with one of the new Dual Shock colours.

You’ve already heard me harp on about games getting bigger and bigger, and you’ve already heard me recommend one for the Xbox Series S and X. The only thing cooler than matching an all-black console and storage device, is matching an all-white console with a stylish white storage device – complete with a unique image of Aloy from Horizon Forbidden West. If you’re wanting even more storage space, you can also grab a whopping 5TB version.

You don’t have to be a criminal to hate wires, as they sooner or later will find a way to get in the way while you’re trying to game. Being tethered to your controller can also break immersion, so why put up with it?

Sony’s Pulse 3D headset delivers high-quality surround sound and is comfortable as heck. It also features dual hidden microphones, up to 12 hours battery life, and can be used with the PSVR or other devices by plugging it in with a 3.5mm cable.

I cannot recommend Ratchet and Clank: Rift Apart on the PS5 enough. It is joyous, whimsical and gorgeous game that takes full advantage of the PS5. My jaw literally dropped during it’s opening sequences, and I actually replayed those early sections multiple times to show friends. Perhaps more importantly, it’s a family-friendly game that is accessible and without a doubt, fun. If your mum grew up playing the iconic platformers of the 90’s like Crash Bandicoot, Super Mario 64 and the like, Ratchet and Clank: Rift Apart will easily be her next favourite game.

You’d be hard-pressed to find a better open-world adventure than the one present in Horizon: Forbidden West. A near-perfect game that has won a slew of awards, it’s enthralling, action-packed and one not to miss.

You might have to draw a line in the sand and declare yourself a Sony or Xbox fan, but the Switch is a console that perfectly exists alongside those two juggernauts. It has it’s own unique games, offers gaming on the go as well as in the loungeroom, and has a plethora of titles made with family in mind. Here are my recommendations.

If you’ve got your Switch docked and are gaming on the telly, you don’t want to muck around with two Joycons if you don’t have to. Sure, they’re great for party games and motion controls, but if mum’s playing a solo adventure or a traditional controller game, there’s nothing better than a Nintendo Switch Pro Controller. Great, accurate analog sticks, a comfortable piece of kit that’s built for your hands, and wireless to boot. Great for The Legend of Zelda: Breath of the Wild, Animal Crossing, etc!

Finally, a follow-up to one of the greatest Nintendo games of all-time. A game that both provided and answered the demand for the Nintendo Wii, and got everyone off their butts and actively gaming together. Now, Nintendo has delivered a pseudo-sequel for their best console yet, and the majority of reviews are very positive.

Play together across six different sports – with a few surprises in store for returning fans of Wii Sports, such as obstacle lanes in bowling. There’s also a leg strap included to really ramp up the soccer game!

There’s a reason why Stardew Valley always manages to find itself as one of the top downloaded games on the Nintendo eShop: it’s fantastic. A love letter to the original Harvest Moon that surpasses it in every way, Stardew mixes farming, adventuring, mining, building friendships and so much more into a wonderfully wholesome package.

It’s almost the perfect game for mothers, thanks to its relaxing pace, cute art style and rewarding gameplay. It’s available on the Nintendo eShop as well as physical media.

That brings us to the end of my Super Mother’s Day 2022: Turbo Gift Guide. Thanks for reading, and I hope your shower your mum with gifts and love – don’t forget to let her have the console for as long as she wants!