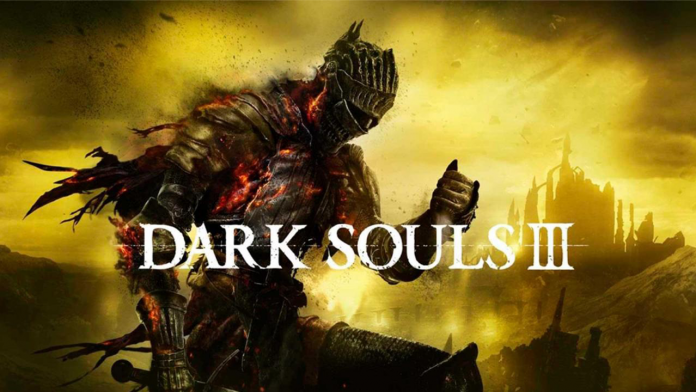 When it comes to punishing-yet-rewarding games, few do it better than the Souls games. One of the most challenging franchises of its time, the Souls series tasks players with surviving harrowing encounter after harrowing encounter, without ever letting up on the fiendish difficulty. FromSoftware have given us Demon’s Souls, Dark Souls 1, Dark Souls 2, and Bloodborne, with each entry in the series further refining its gameplay, whilst never straying too far from its original formula.

Now, we finally have ‘Dark Souls 3‘, a return to the most popular of Souls games. It’s unforgiving, forboding, and undeniably dark – but does it hold up to the Souls pedigree?

Dark Souls 3 takes place following the events of Dark Souls 2, though returning players will discover the majority of choices for the ending of Dark Souls 2 have been ignored. The world is succumbing to the darkness and falling into ruin. The flame at Firelink Shrine must be lit to purge the darkness from the world, and usher in a new age. To do this, the player must defeat and return 4 lords to their thrones at the shrine: Yhorm the Giant of the Profaned Capital, the Watchers of the Abyss, Holy King Lothric, Last hope of his Line and Saint Aldrich of the Deep. One lord, Ludleth the Exiled, still sits atop his throne, offering the player some information on their task.

Much like in Dark Souls 1 and 2, the story takes a backseat to the gameplay. This isn’t necessarily a bad thing, as there is a wealth of lore available for enthusiastic fans. If you’re hoping for a guide arrow, compass, mini-map, objectives or indeed any form of guidance, you’re out of luck. The Souls games reward exploration and the brave, so you’ll have to carve your own way through the dark.

Despite being left in the dark when it comes to progressing through the game, there are numerous NPCs to talk to that offer advice, clues and even items to the player that will aid them in their adventure. You can also bet your bottom dollar that the answers you seek like beyond the frenzied behemoth boss that blocks your path in most cases. If all else fails, check out the Dark Souls wiki. Dark Souls has an amazingly dedicated community of players that will aid others in their quests.

Gameplay-wise, Dark Souls 3 plays a lot like Dark Souls 1 and 2, though there are some new features, and the game feels more balanced. If you’re new to the Souls games, you’ll learn quickly that you cannot rush into any area swinging your weapon like a maniac – you’ll only get yourself killed. Instead, you’ll need strategy, patience, and to keep your eyes on your health, stamina and FP.

There are also spells to wield, such as healing spells and miracles, as well as offensive spells like the fireball and soul dart spells. Players can select a magic-wielding class at the beginning of the game, though leveling up certain stats allows other classes to utilise these abilities as well.

Returning Souls players should be able to pick up Dark Souls 3 rather quickly, as the game can be played in virtually the same way. There are however, little tweaks in place that make Dark Souls 3. For one thing, spells no longer have a number of uses players have to keep an eye on. Instead, we have the FP system. FP is not only depleted when you use magic, but also when you use weapon abilities.

Weapon abilities are also new to the Dark Souls experience, and can be used by players to decimate their enemies. While holding your weapon with two-hands, simply hold the left trigger to enter a special stance, from there, you press the right trigger to unleash an attack unique to that weapon type. Some weapons have swift forward lunges, others have spinning attacks that prove handy when surrounded, and others are useful in other ways.

The combat also feels more balanced and fair, though don’t expect it to be a walk in the park, either. Dark Souls 3 still manages to put up plenty of a challenge.

Before I go any further I’m going to be open and honest with you, dear readers: I did not enjoy my time with the original Souls games. I wanted to like them, but I found that overall, the experience was not for me. The difficulty, aloof story, camera system and odd bug deterred me from dedicating myself to previous Souls games, though all that has changed with Dark Souls 3. I’m addicted to it, and couldn’t be enjoying my time with the game any more. Yes, it’s extremely difficult. Yes, the story could be more present and yes, everyone still mumbles weird absurdities when you yearn for a hint or an explanation of certain story element, but damn it all if Dark Souls 3 isn’t the most accessible Souls game yet.

Dark Souls 3 also looks fantastic, both in terms of its art direction and its graphics. The environments and the monsters that dwell within them are intimidating, unique and complement each other quite well. I was also extremely impressed with the game’s lighting, which has seen more attention than in previous Souls games, and truly adds to the immersion of the game.

Still, there are a few minor areas where the game could be improved. For one thing, the camera can be downright infuriating in small spaces. When you have no room to retreat, the camera can clip through you and your enemy, with the screen becoming a garbled mess of iron and steel. The game is already stressful enough without the camera deciding to lose its mind too. There are also little bugs that miff the player, such as corpses that don’t quite settle when they die, and convulse awkwardly.

Dark Souls 3 will feel extremely familiar to fans of the series, though the skills learned from previous Souls games will serve them well. The game feels incredibly balanced and fluid compared to previous entries in the franchise, and it’s a well-polished and engaging experience overall. If the rumours are true, and this is the last Souls game, then it’s the perfect sendoff. 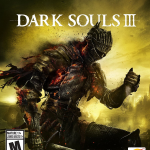