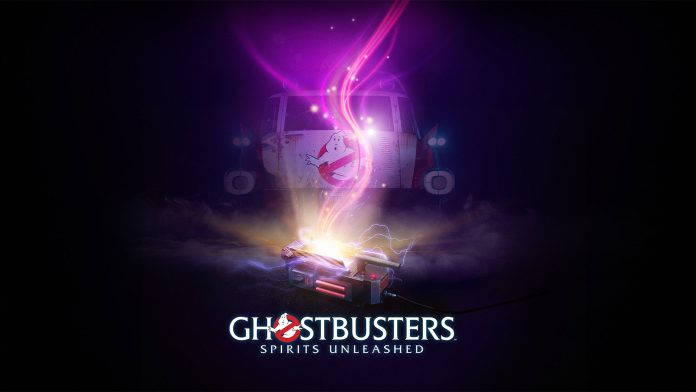 A Developer on the Rise

Illfonic have managed to managed to make a name for themselves as one of the few modern developers who are able to create enjoyable and successful licensed games. While I personally found Friday the 13th: The Game to be a little rough around the edges, its gameplay proved to be fun enough to make up for its ugly character models and occasional bug. Predator: Hunting Grounds struck me as an interesting experiment with the 1v4 asymmetrical multiplayer formula that didn’t quite work as well as it should have, but a game that was fun with friends.

They’ve since released and updated their original game, Arcadegeddon, which I found to be “surprisingly fun sci-fi”. If there’s one thing I can say about Illfonic, its that they’re ambitious and they continue to grow in skill as a developer.

There truly is nothing like suiting up and running around with your friends as a Ghostbuster. If you’re a fan, this is one of best multiplayer experiences you can play…

Now Illfonic have turned their eyes to the iconic Ghostbusters film franchise, which has had multiple attempts at games, with only a few managing to win them over (and only one that could be called “great”). ‘Ghostbusters: Spirits Unleashed’ is another take on the 1v4 formula, but it busts differently – but will bustin’ still make you feel good?

OGs and the Young Blood

The game opens with players meeting Ray Stanz, voiced by Dan Ackroyd. Ray takes the time to regale the player with mentions of their rise to glory, how they saved New York City on more than one occasion, and more. He also mentions that there were differences between the original Ghostbusters that led to a falling out, and that they even at one time lost the Firehouse.

Now, Winston Zeddemore (played again by Ernie Hudson) is a major success, personally financing the return of the Ghostbusters under he and Ray’s leadership. As Ray says “it’s time for a new generation”, which is where you come in, as well as some other fresh Ghostbusters…
Spirits Unleashed takes place after all the Ghostbusters films. There’s mention of Phoebe from Ghostbusters: Afterlife, and Venkman is noticebly absent (most probably from that falling out Ray mentioned earlier). This means that new scientific minds are needed if New York is to be free from spirits, ghouls and ghosts again.

Enter Catt, who handles multiple roles at the Firehouse, including handling the phones (in a much nicer manner than Janine) developing tech, assisting the OGs, and more. She’s also an avid Ghostbusters fan and loves her work. She’s great.
There’s also Eddy, who if I’m being hoenst, is fairly unlikeable. He’s a brilliant scientist who has taken the foundations of what the original Ghostbusters achieved with their tech and has improved upon it. He’ll also let you know how brilliant he is, a lot. I find him rather unlikeable.

Time to Suit Up

After meeting Ray in the game’s initial cutscene, it’s time to create your character and suit up. I’ve seen people state that they find the character creator “robust” in Spirits Unleased, and while I wouldn’t go that far myself, there is a serviceable amount of options available (with more apparently on the way). I was able to finally see myself as a Ghostbuster for the first time in a video game. Hey, it only took 37 years!

Catt will introduce herself to the player and then take them through basic training via a walkie talkie. If you’ve seen a Ghostbusters movie, you’re familiar with the tools of the trade. There’s the Proton Pack, PKE meter, and ghost trap, but there’s also some new gear that you’ll get your hands on to give you the edge in a ghost hunt.

“It’s technical. It’s one of our little toys.”

There’s the V.A.D. (Vertical Ascension Device) which acts as a grappling hook launcher of sorts, allowing you to chase ghosts to higher floors. Then there’s the Ionizer Pods, which slow ghosts down considerably as they launch a cloud of ionization particles into the air. There’s also the Radar Puck, which detects ghosts in an area surrounding it, and the Ecto Goggles, which are perfect for spotting and tracking ghosts – especially if there an ugly little spud.

Now that you exist and you’re suited up, it’s time to bust some ghosts! As I mentioned earlier, Spirits Unleashed is a 1v4 multiplayer game, where you can play as a Ghostbuster or as a ghost. Ghostbusters are tasked with locating, hunting and detaining a spectral entity, while ghosts are charged with haunting a location until it couldn’t possibly be any scarier, clearing out civilians and ultimately the Ghostbusters themselves.

Ghostbusters are able to move through an area, tracking spirits with their PKE meters, which can also be used to stun ghosts and their minions. Once they find a ghost or it chooses to reveal itself, it’s time to heat ’em up, activating your proton wand and blasting the ghost. Then, it’s just like the movies. You’ll tether the ghosts with a proton stream, slide out a trap and hopefully, bag ’em.

Of course, ghosts aren’t going to just hang around chowing down on catering and make your job easy. Ghosts are able to sumnmon minions: miniature spooks that spread out, attacking ghostsbusters with slime and adding confusion into the mix. Ghosts also can attack the ghostsbusters, and use special abilities, such as slime tornadoes. While the ghost can be caught, Ghostbusters can’t be eliminated. They can, however, have their proton packs sabotaged, and be slimed so bad they end up on their back on the floor until they slowly revive themselves or are helped up by a friend.

Ghostbusters: Spirits Unleashed looks great, though there are some slight inconsistencies. Ray and Winston look terrific, looking like a balance between realistic and a Fortnite style toon. Catt, Eddy and your character will come out looking a lot more animated, which isn’t necessarily a bad thing, but the difference is noticeable.

The environments are well designed, and look as though they could be based on real locations, just like the iconic Firehouse. There’s a museum, lodge, prison, brewery, and a ship which has been decommissioned. Ironically it’s about to hold a convention for fans of the paranormal. It’d be a disservice of me to not also mention at this time how good the Firehouse itself looks. Illfonic have done a stellar job of recreating it here and I’m not going to lie, I got goosebumps after I suited up and walked upstairs for the first time. I also immediately tried the pole.

At present, I will say there are some annoying mechanics in the game, such as the prison level, which features multiple rows and floors of prison cells. If a ghost wants to, they can bob up and down from floor to floor, with the Ghostbusters being pretty much unable to keep up as they have to grapple, run down the stairwell, or vault to the floor. I’ve had multiple Ghost players exploit this.

Now while Ghostbusters: Spirits Unleashed is a 1v4 game, it chosses to do things a little differently. As opposed to Friday the 13th: The Game and similar games, Spirits Unleashed actually features a story, which reveals chapters after a certain amount of missions. Bust some ghosts and at some point when you return to the Firehouse something will be different. Now, the story is very short, but that doesn’t bother me. On the contrary, with this style of game and the amount of maps to play, the story couldn’t possibly be drawn out. I will say this, though, it doesn’t quite deliver and it feels very low stakes compared to an actual Ghostbusters movie.

The game’s narrative feels unfinished, and like a hero origin story cliche without an actual hero attached. We’ve earnt our place among the Ghostbusters and that’s it. While updates to the game are on the way, there’s no word on if there will be a continuation of the game’s plot. You can always play Ghostbusters: The Video Game Remastered if you’re after a more story-driven experience.

There truly is nothing like suiting up and running around with your friends as a Ghostbuster. If you’re a fan, this is one of best multiplayer experiences you can play – I just hope it has legs. It doesn’t matter if you saw the original movie in cinemas, grew up with it and Ghostbusters II on home video, or are coming into the franchise now with Ghostbusters: Afterlife.

Which isn’t to say that Ghostbusters: Spirits Unleashed doesn’t deliver. On the contrary, it achieves its goal of being an engaging multiplayer game set in the Ghostbusters universe. It’s accessible, entertaining and you get to live out your childhood dreams of bustin’. While I would personally love a darker, perhaps more scarier experience, this is a must-play for Ghostbusters that features some wholesome, clean fun – even when it is a little slimy.

EDIT: Since the game’s release, Illfonic have announced that there will be a year (at least) of free DLC updates for Ghostbusters Spirits Unleashed. This review was completed based on what the game is, not what it can become.