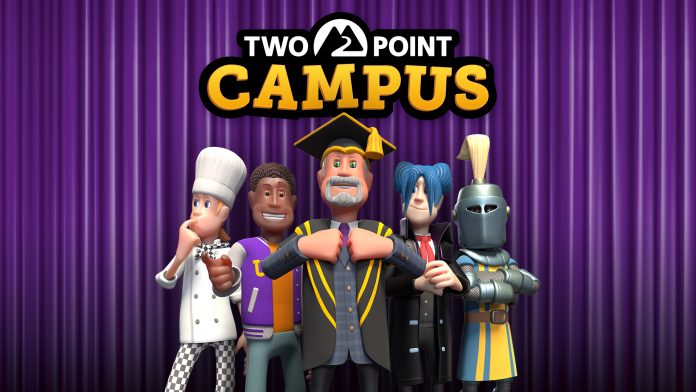 I’ve always enjoyed the idea of business sims, though they often take themselves too seriously or they quickly become too complex for me to enjoy them. Thankfully, when I was a young lad, more lighthearted business sims started to emerge. With accessibility, humour and pleasant visual styles, games like Theme Park and Theme Hospital completely engrossed me. Instead of having to worry about providing electricity (Sim City) or buying new business hubs and running expensive marketing campaigns for my airline (Aerobiz Supersonic) I simply had to build a theme park and make it as fun as possible, without it becoming covered in vomit.

If you’re like me, Bullfrog’s Theme Park and Theme Hospital left an impression no other games could match – or even come close to. Second comings rarely happen in the video games industry, despite gamers being extremely loyal to developers, individual talents, and of course, games themselves. When Two Point Studios appeared with Bullfrog and Lionhead veterans, announcing their plans to return to business sims, the gaming world was set on fire. Theme Hospital had remained somewhat popular since its release in 1997, and now many of the team who made Bullfrog’s most popular game were coming back to create a modern spiritual successor.

Released in August 2018, Two Point Hospital was embraced by gamers and critics alike, and cemented Two Point Studios as an extremely skilled developer. While the spirit of the game is markedly ismilar to Theme Hospital, the game stands on its own as a teriffic modern lighthearted business sim.

Even though I’ve spent considerable time with Two Point Campus, there’s still a ton of content for me to unlock. Similarly to Theme Park all those years ago, the more you play and progress, the more you’ll see.

For the follow-up, Two Point are leaving the medical world behind and focusing on world of further education. ‘Two Point Campus’ casts players as an administrator in charge of planning, developing and maintaining a number of different educational campuses, with an assortment of wacky courses on offer. I’ve been playing the game for a few weeks and am absolutely loving it, but this is no walk in the (theme) park, as Two Point Campus also offers quite a challenge.

At the start of the game, players have access to a single site to build a campus on. Limited to only the “Sciencetography” course at first, they’ll need to prove themselves a worthy campus administrator before they unlock additional courses, campus improvements and sites. For me, it wasn’t long before I had built a lecture hall, Science Lab, staff room, toilets, showers, student lounge, and more. I even unlocked the “Virtual Normality” course, which as you can imagine, was a humourous take on studying the wonders of virtual reality.

I Wanna be the Very Best

Students and staff have needs, with players being responsible for catering to them. Students can get bored, so having snacks and food carts is a good idea, as are arcade machines, pay phones, dance floors, dart boards, and more. Eventually, you’ll unlock more specific rooms and features to cater to students, such as student union rooms and live events. All of these areas entertain students, but if built right, also feature the means to nurture relationships into romantic ones. Live music, movies, friendships and romance make students happy, and happy students work harder and stress less. It pays to book DJ Sue Chef and the rock band Ripped Chords. Oh, I just got that joke.

Of course, all that snacking and partying makes a mess, so you’ll need janitors to keep your college grounds tidy. They also repair the various machines that can break down without routine maintenance. You’ll also need to hire assistants to help run the library, clubs and food stands that populate the campus.

All staff has varying skills. Some might be great at one on one tutoring students, some might have a pleasant demeanour that keeps them and students happy. Some might be more adept at running a library, and others might not be partulcarly great at anything. It’s up to players to decide how much they spend on staff and their subsequent wage rises. Do you buy a specialist who might cost twice as much as the amateur without a speciality? Tough decisions lie ahead.

You’ll also need to ensure that your campus and all the classrooms within are well-equipped, and attractive. Requirements at the start of each campus are fairly minimal, but as courses become more specialised, they become more demanding, so you’ll need to stay on top of your game. The Science Lab, for example, only needs one large piece of machinery in the first year, but students will request optional equipment to help them earn the best grades, such as experimentation benches, chemical shelves, and more. They might even need a certain piece of equipment for an assignment. I made critical errors with my second campus’ budget, and wasn’t able to afford a set of books specifically to help culinary students. Assignments were failed, grades dropped, the reputation of my college dropped, and it took me two years to climb out of that hole.

While running a college is perfectly entertaining in its own right, Two Point throws challenges at players to help them unlock Kudosh, which is used to unlock new colour schemes for rooms, outfits for staff, as well as items for the campuses themselves. These might be fulfilling student requests, taking on prospective students for a day who will evaluate the campus, or even winning a cook-off against a celebrity chef.

Completing challenges by and large feels like the only way to succeed as an administrator, as I experiemented with neglecting hosting a cook-off to see what would happen. Sure enough, I never unlocked enough kudosh just by fulfilling student requests and running my college alone. Once I dedicated myself to completing as many challenges as possible, I had enough Kudosh to unlock a stack of requested items. It almost felt like the tipping of a see-saw, as I was struggling to improve my campus before (and even took out a loan for a new Science Lab) and it became too easy afterwards. While this isn’t a deal-breaker by any stretch, it would be nice to go at your own pace, even if unlocking everything took a little longer.

That’s Going to Affect Your Grade

It isn’t a perfect experience, however. This is 100% nitpicking, but there are times where I grab the wrong item, or the item doesn’t completely snap to a wall, meaning I waste a little space here and there. I can always go back and tidy rooms later, but during a particularly stressful time on campus, you want everything to go as smoothly as possible – especially when you need to quickly duplicate a room or piece of equipment. Still, gameplay is refined and smooth for the most part.

I’ve been playing Two Point Campus almost non-stop since I received my review copy and it truly is the most entertaining and engrossing business sim I’ve played in years – possibly decades. I’m not the biggest fan of the character design and wish there was a little more variety, but that’s if I’m nitpicking.

In regards to the core gameplay loop, Two Point Campus is a super accessible title – easy to pick up and more challenging to master. I found that with each campus I unlocked, the game would hold my hand increasingly less, until I was faced with a myriad of decisions and challenges that were at my level. What was great was that I never faced anything I couldn’t handle immediately. I might have stressed, sold a few pieces of equipment or a room, and then altered my strategies to eventually come out on top.

I would be remiss to not mention the fantastic in-game radio stations. While you play, DJs share humourous anecdotes, observations, rants, and more. Some of these are laugh out loud hilarious and truly off-the-wall. As someone who can be an absolute humour snob both in and out of gaming, I respect and appreciate the work that Two Point Studios and their voice actors have put in with the radio stations. None of the jokes have been done to death previously in other media and again, I was laughing out loud.

Even though I’ve spent considerable time with Two Point Campus, there’s still a ton of content for me to unlock. Similarly to Theme Park all those years ago, the more you play and progress, the more you’ll see. Eventually you’ll unlock a Sandbox Mode where you can build your dream campus from all the previously unlocked items and courses, but until then you’ll have to take each college as they come. I was torn at times whether to move on or to perfect my current college, as I want to win all the end of year awards and earn three stars, but running my own clown college was too tempting.

Two Point Campus is a strong second game in the series, with gameplay that manages to be engaging and humourous. It’s a game that I’ll be seeing through until I’ve completed each and every single request and campus as well. Here’s hoping Two Point Studios return to the world of amusements parks after a well-earned break!