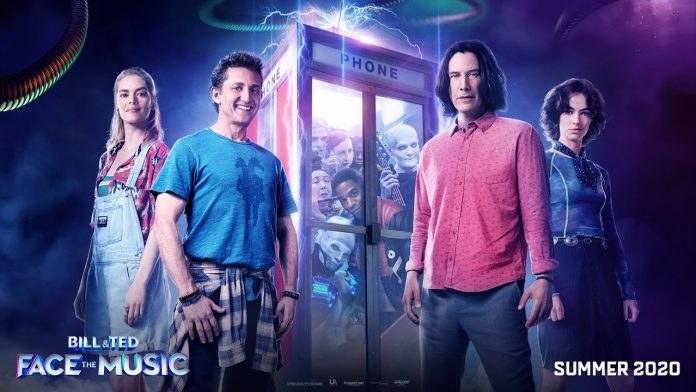 It might seem like revisiting classic TV shows and movies is becoming increasingly common, but there are always huge risks involved with these rebooted properties. I always ask myself a myriad of questions when I first learn of franchises planning a comeback: how much of the original team is involved? Who is the audience for this idea? Is it retreading the same ground as before, or looking to explore new ideas?

I could go on and on about my own personal screening process, but to see what can go wrong with these revisited films and shows is already obvious with recent failed attempts. Ghostbusters: Answer the Call was met with controversy since its inception, and failed to deliver what it needed to most: laughs. Charlie’s Angels (2019) was goofy and utterly hollow, despite some fun performances by some of its cast. I’m a die-hard Ghostbusters fan, and it felt as though we would never get a film that even comes close to the original when it comes to so much that made the film special. Oh well, Ghostbusters: Afterlife is out soon, we’ve still got a chance for another good paranormal romp.

Charlie’s Angels and Ghostbusters: Answer the Call might have failed, but what does that say about cinema’s most excellent role models, Bill S. Preston, Esquire and Theodore “Ted” Logan? Can film’s most iconic friends succeed after almost 30 years away? Do we even need another Bill and Ted?

It honestly seems now, more than ever, the Earth needs another Bill and Ted. Our Earth (as in, our real-life Earth) is in a state of absolute chaos right now. COVID-19 alienates our everyday way of life, where even grocery shopping can turn deadly if you are exposed to the virus. An absolute imbecile is the president of the United States, favouring military action over compassion, emotion over logic, and idiocy over information. No matter where you look, the world is crumbling apart, and people have never felt more helpless in the face of wholly transparent greed and, dare I say it, evil.

Bill and Ted, are the complete opposite of this. They are the best example of friends Hollywood has ever produced. Two happy-go-lucky rockers who are ultimately destined to change the world. To literally save it by creating music that unites all of mankind. We’ve seen them overcome insurmountable obstacles with nothing more than pluck and friendship. We’ve seen them mature from class clowns, to responsible family man, all the while staying true to who they are, and by living by one simple creed: “Be excellent to each other”.

Such beautifully simplistic words, naive and profound at the same time. Uttered from a true everyman who is completely and wholly relatable. Bill and Ted are just like you and me – especially if you had below-average grades in school, struggled to find meaning, and headbanged far too often.

The Deeper Meaning Behind the Bill and Ted Films

Bill and Ted’s Excellent Adventure teaches us that it’s never too late to achieve something great. That friendship, determination and a positive outlook can be life-changing, and influential. Bill and Ted’s Bogus Journey teaches us anyone has the power to change the world, no matter their background, way of life, strengths or weaknesses.

The Bill and Ted movies are influential, and I’m unsure if the greater meaning behind them happened by accident, or on purpose. Much like people turn to Jeff Bridges as The Dude as a spiritual role model, people have with Bill S. Preston and “Ted” Theodore Logan. “Be excellent to each other” isn’t just a throwaway quip, it’s a way to live by – one that many do each day.

People turn to movies for innumerable reasons. We watch them to laugh, be scared, to cry and for motivation. They inspire us to be better and truer versions of ourselves, and now, even the cinema itself is under threat. We need Bill and Ted now more than ever, and we only have a week or so until we finally get to see them again. Until then, be excellent to each other, and party on, dudes!