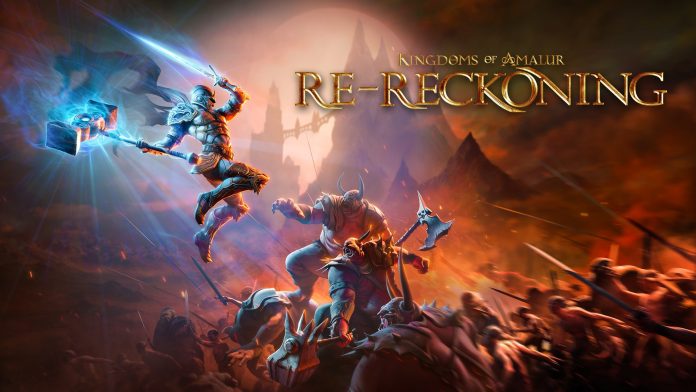 Not too long ago, ARPG fans were spoilt for choice. In the space of a few years, we had The Elder Scrolls V: Skyrim, Fable III, Dragon’s Dogma, Diablo III, Torchlight II, and more. If one or two games completely immersed you and devoured your free time, you could be forgiven for missing out on other gems released around the same period.

Myself? I purchased but did not have the time for the original release of Kingdoms of Amalur, a game with a truly wacky development story. Former baseball world series pitcher Curt Schilling founded a game studio in 2006, somehow convincing the government of Rhode Island to shell our tens of millions of dollars in a loan to newly-founded 38 Studios. This might sound absurd (and it truly is) but Schilling’s friends and co-workers included Spawn creator Todd McFarlane and author R. A. Salvatore, who created the legendary dark elf hero, Drizzt Do’Urden.

Despite favourable reviews and over 1.2 million copies sold, Kingdoms of Amalur ultimately sealed an unfortunate fate for 38 Studios, who shuttered their doors some time later. Much like the protagonist of the game, however, Kingdoms of Amalur is back from the dead. Kingdoms of Amalur: Re-reckoning adds a gorgeous new coat of paint to the cult RPG and gives a second chance at becoming the classic it always deserved to be. I’ve been playing the game on my Twitch channel, and absolutely love it.

Back from the dead

KoAR is set in the Faelands, one of the Kingdoms of Amalur. It is home to the Fae, magical beings who vary in appearance, from elf-like beings to massive trolls. One-upping the Elder Scrolls series, KoAR decides that you aren’t simply a prisoner or refugee, you are in fact, dead. Stone cold on the back of a cart, you’re being transported by two workers to an incinerator in the bottom of a tower. After creating your character, you awaken on an immense pile of bodies, ready to escape the facility in search of some much needed answers.

It isn’t long before you encounter some of the world’s inhabitants, which unlike other RPGs is immediately interesting and proves to be a highlight of the game. Each character’s dialogue is delivered from a decent voice actor, and no line is wasted. Unlike other RPGs, I haven’t skipped a single line in KoA:R.

To the astonishment of the facility workers you encounter, you are the first success of the Well of Souls, an experiment that aims to prevent death itself. Before you can learn more, however, the facility is under attack from the Tuatha, a subsect of the Winter Fae. The gnome scientist Fomorous Hugues instructs you to travel to a nearby town in order to find a Fateweaver – beings who can read someone’s fate in order to see their demise.

From there, the game opens up. Despite not being an open-world title, the sense of exploration and discovery in Kingdoms of Amalur: Re-reckoning is strong, with multiple paths, well-designed environments and strong gameplay. One of the things I particularly enjoy is how accessible character building is. You’re able to swap between being a swordfighter, rogue and mage on the fly, or use a mix of classes should you want to. I favoured being a rogue towards the start of the game, wielding dual daggers as well as a bow and arrow. After a while, I kept my daggers and used a magic staff, taking advantage of my enemies’ weakness to fire. If you dislike other RPG’s tying you down to a single class, KoA:R has your back.

I have read user reviews of the original KoA online, many of which say that the game can seem “kidsy”. I understand where people are coming from, as the art style slightly resembles more family-friendly RPGs like the Fable series. Despite this, you will wield energy itself and truly eviscerate your enemies. It might be a tonal clash, but the game is gorgeous, visually interesting and at times, truly dark, almost gothic.

…and then there are the bugs

Re-reckoning isn’t a perfect experience though. There were times during my time with it where I resented the amount of gear that I was receiving – it was almost Borderlands-esque. I had hardly earned my first equipment since my ragged prison outfit before I had received heavy iron armour, mage’s robes, better heavy iron armour, better mage’s robes, and about 30 weapons. My inventory became full in the first town, and I knew that I wouldn’t be finding anything better than what I had received simply for owning the game for a number of hours. In a way, it broke one of the core experiences of a decent RPG.

Then there’s the bugs from the original release of the game, which are somehow still present in this release 8 years later. One bug sees your character unable to continue running, frozen on the spot, it’s a shame that multiple bugs are still present. You can also break multiple main quests by breaking quest items, and you will be literally unable to progress through the main quest, and ultimately unable to finish the game.

It would be a disservice of me at this point, to not mention the phenomenal soundtrack from composer Grant Kirkhope (Banjo Kazooie) as well as the stellar voice cast. There are some true voice acting all-stars in this cast, including Jim Cummings (Aladdin, Catdog) John Cygan, Abby Craden and even Charles Shaughnessy (The Nanny). This is how voice acting should be in a game!

Bugs aside, Kingdoms of Amalur: Re-reckoning is a one of a kind game, and has been released in a time where RPG fans are replaying Skyrim for the 50th time, or playing dense isometric RPGs like Pillars of Eternity II: Deadfire. Gorgeous yet accessible RPGs like this are actually quite rare right now. If you’re after an entertaining, accessible ARPG, definitely give Kingdoms of Amalur: Re-reckoning a go. 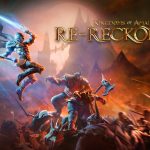